From Playground to App

For this year’s WWDC Swift Student Challenge, I created a 3-level game called Aeronaut. After I submitted my playground to Apple’s contest, I decided to extend Aeronaut to a full-featured game with 36 levels and hours of gameplay. Today, I was humbled to receive the news that my playground was selected by Apple. Moreover, I have just released the extended version of Aeronaut on the App Store. 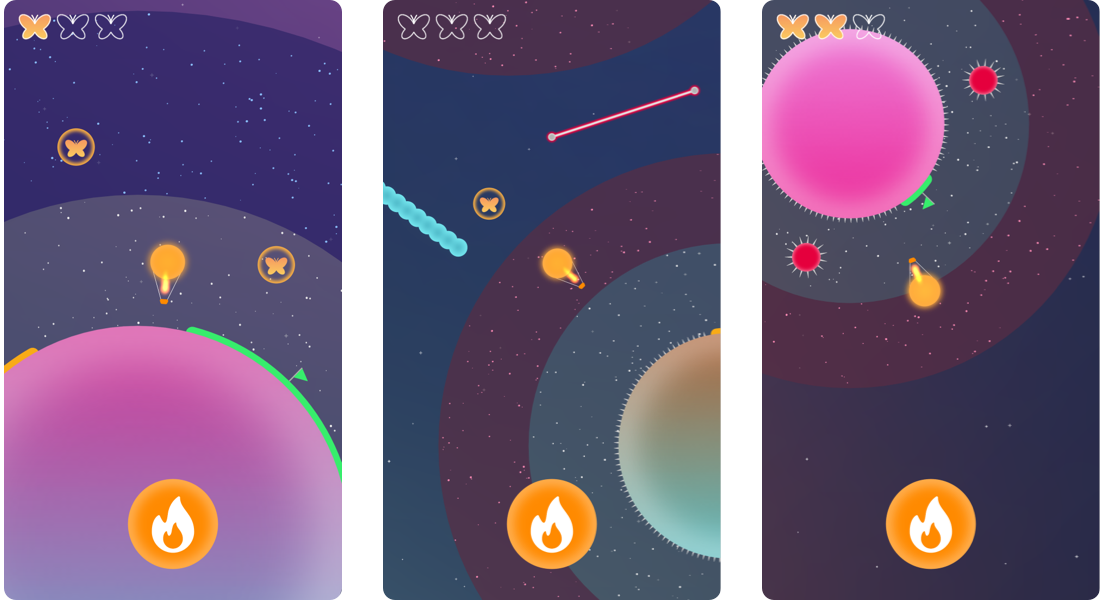 I usually try to embed some kind of implicit educational value into my games and Aeronaut is no exception. The idea for the game came from a misconception I had for a long time. I thought that hot-air balloons could only go up or down with no steering capability at all, but I recently discovered that balloonists take advantage of wind currents in different altitudes to steer the balloon where they intend to go. I found it fascinating and started to build a game around this concept.

Aeronaut is a one-button game in which players guide a hot-air balloon through outer space. In its carefully designed levels, users will find colorful planets, bouncy obstacles, deadly hazards and collectibles that create a fun and exciting experience.

I had a lot of fun and learned so much while making this game. I hope you find it fun as well! You can download Aeronaut for free on the App Store and play its first pack of 6 levels free of charge. Players can unlock all level packs and be able to enjoy all 36 levels of the game with a small one-time in-app purchase.